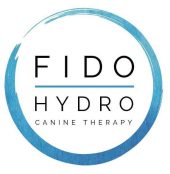 Andrea at FIDO HYDRO came recommended from my vet and ever since Ned's first session, I have seen an immense improvement...

Ned started hydro due to a back-leg injury that meant he couldn’t run around as freely as he would like. As a dog owner it was hard seeing him not be able to enjoy himself like he used to, and particularly because he is a big dog, I was hesitant to look down the path of surgery. Andrea at FIDO HYDRO came recommended from my vet and ever since Ned’s first session, I have seen an immense improvement not only on his ability to run around care-free, but his quality of life also. Andrea has provided so much information that has enabled us to support Ned through his injury and look after him in the best possible way, so he can get back to running around the dog park.

I would recommend FIDO HYDRO in a heartbeat to anyone with a dog that needs a little bit of TLC and holistic support. The most surprising part of my experience is how much Ned looks forward to every session; he feels so good afterwards and is so excited.

We'd love to hear from you

Fido Hydro requires a complete referral form from your dog’s treating Veterinary and/or treating Specialist, prior to the commencement of a Hydrotherapy treatment program. This enables FIDO HYDRO to be informed of any limitations, restrictions and/or any special requirements and confirms that your dog is fit enough to be treated and does not have any conditions that may adversely affect the dog in the water. Please ask referring clinic to also send patient history & scans/x-rays as well.